Refining NZ was renamed Channel Infrastructure from April 2022, and now operates as an import terminal from Marsden Point under long-term contracts with its three customers, bp, Mobil and Z Energy.

Our ownership of New Zealand’s critical infrastructure is underpinned by long-term customer contracts which incentivise utilisation of our infrastructure, and are supported by our focused growth strategy to support the long-term future of our business.

We have a proud history of fuelling New Zealand, from our home at Marsden Point, in Northland, New Zealand.

Marsden Point has been the home of our business since 1962, when our site was chosen because of its convenient deep-water harbour, proximity to the main North Island markets, low earthquake risk and the availability of land adjacent to the site.

Prior to the establishment of a domestic oil refinery, our nation imported fuels directly into New Zealand – the same as what now happens in New Zealand.

Building of the refinery began in 1962 and the Marsden Point refinery commenced operations in 1964.

In the mid-1980s the refinery was substantially expanded and upgraded to allow for increased production. Extra tanks, utility supplies and environmental treatment units were added along with a 170-kilometre Marsden Point to Auckland pipeline.

In 1988 the introduction of the Petroleum Sector Reform Act saw the energy industry deregulated. New processing agreements with the oil companies and improved operational performance saw the refinery establish a strong, cost-competitive position in this deregulated market.

In 2005 Refining NZ invested in Future Fuels, which allowed the refinery to produce cleaner fuels – removing benzene from petrol, and reduced the sulphur content of diesel. In 2009, the Point Forward project increased the capacity on the refinery’s principle crude distillation unit (CDU1), and in 2015 the Te Mahi Hou project increased petrol production by around two million barrels per annum and reduced CO2 emissions by around 120,000 tonnes per annum.

In response to historically low levels of gross-refining margins (GRM), exacerbated by the impacts of COVID-19, Refining NZ undertook a Strategic Review to determine the best future plans for the assets and the value they provide to shareholders. Following the strategic review, the business made the decision to simplify and then cease refinery operations as a result of structural challenges to the competitiveness of the refinery compared to newer Asian refineries, high costs of energy in New Zealand and the global movement towards reducing carbon emissions bringing new challenges and opportunities as we all transition to lower-carbon transport fuels over time.

Refining NZ was renamed Channel Infrastructure from April 2022, and now operates as an import terminal from Marsden Point under long-term contracts with its three customers, bp, Mobil and Z Energy.

In 2022, as we closed down as a refinery, a team of current and former staff came together to reflect on the stories and memories that have made life at Marsden Point such a memorable experience for all those who passed through our gates.

The Refining NZ, Our Legacy book is an acknowledgement of all those who have been part of the story of Marsden Point for over 60-years. 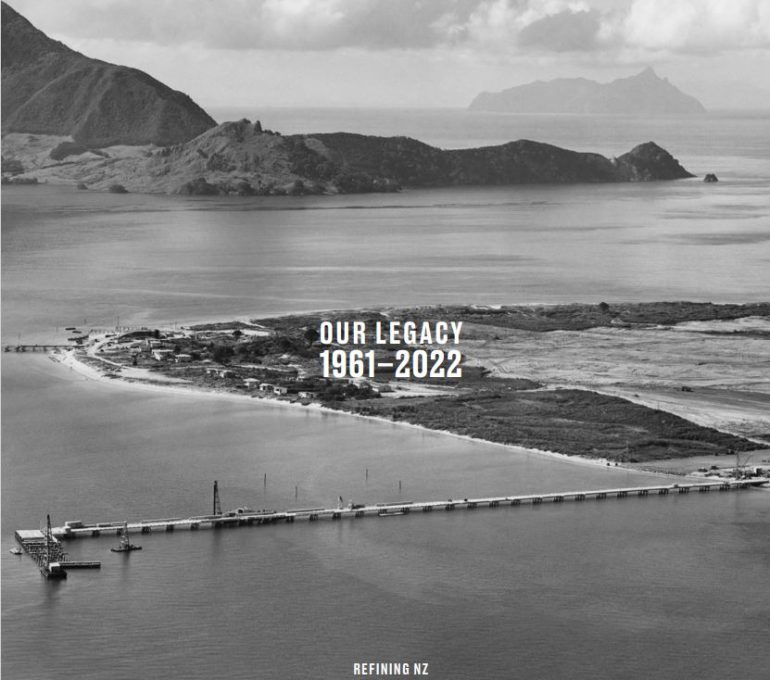 Find out more about our current business